Our Management Team is comprised of experienced management consultants who have worked shoulder-to-shoulder with clients to solve complex problems. We implement solutions uniquely designed to help each client. We are client focused and always ready to handle the toughest business challenges.

Our clients are treated as our partners and collaborators that we work side-by-side with, day in and day out until the objective of the engagement is achieved. 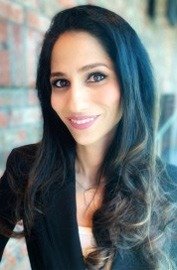 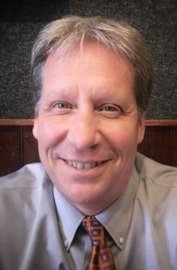 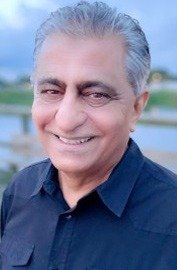 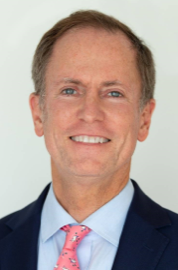 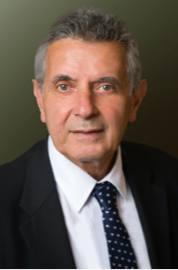 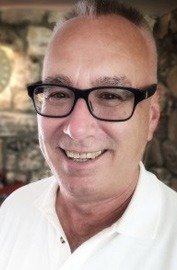 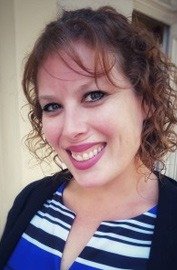 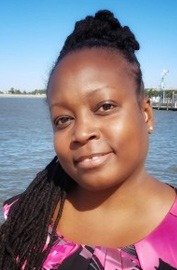 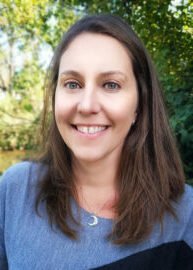 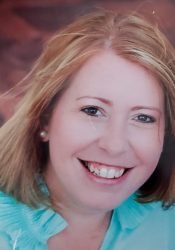 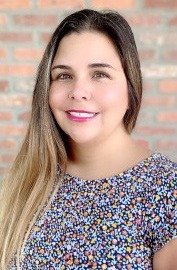 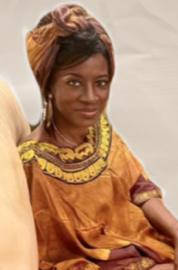 Nina is very proud to be part of the fantastic team at Graham Inc. She hails from an extensive background in consulting, training, and instructional design.

She first joined Graham in the role of recruiting and later moved into a broader role to oversee the business. Nina began her professional career in 1996, after receiving dual bachelor degrees in French and Spanish, graduating with honors from the Ivy League University of Pennsylvania.

After a temporary staffing role for two years with The World Bank, Nina was hired as a training consultant with Price Waterhouse in 1998, which later became IBM. Downsized six years later, Nina became self-employed as a successful subcontractor from 2004 to 2012, working as a team of one to create and deliver a variety of career-solution and resume-writing courses to companies including AT&T, IBM, Alcatel-Lucent, and Avaya. She designed career-solution classes for adult learners, such as Job Search Strategies, Negotiating Your Salary, Presenting Yourself With Impact, and Interviewing Skills. Nina taught the gamut of career topics and also delivered classes about managing change, customer service skills, conflict resolution, and stress management. She has successfully delivered instructor-led, computer-based, and web-based training courses to more than 45,000 end-users of all skill levels.

Realizing that she wanted to be able to do more than simply train adult learners about job searching, Nina sought to become actively involved in helping place quality professionals at quality positions. When Graham hired Nina as a recruiter, it allowed Nina to fulfill this goal of helping job seekers, while continuing her long consulting career providing solutions for client companies and government entities. Today, as the executive Vice president of Graham, Nina continues to be energized and excited to help clients and job seekers succeed in their goals every day.

While Nina is not working, she volunteers on weekends with her two children at the Second Harvest Food Bank of Central Florida, which provides meals to hungry and food-insecure individuals. She donates monthly to the One Heart for Women and Children charity serving families at risk. Additionally, she sends frequent financial support to the Disabled American Veteran.

In 2015, Dr. Wright presented in a seminar for the Harvard Executive Education Program on higher education and development. Dr. Wright was a Fulbright Regional Research Fellow and a USAID/Washington and USAID/Egypt Diplomacy Fellow. Dr. Wright has published five edited collections/books with Routledge, Macmillan, and the Smithsonian Institution, and over 30 articles, including his 2015 publication of “Determining Human Capital Impacts on Economic Growth,” (with F. M. Hernandez) in the Journal of Economics and Sustainable Development.

An experienced International Executive Manager, Kami brings his globe-spanning expertise honed in the management of complex projects in more than 40 countries. He is a proven leader responsible for the strategic development, financial performance and growth of Graham’s multiple service lines. Kami joined Graham as its CEO in November 2011 and has since introduced operational and organizational changes to make the company more nimble and responsive to clients and recruits, as well as expanding the services and geographical areas covered by Graham.

With over three decades of experience in the service industry, Kami has firmly established his reputation and talent for colleague development and client collaboration. He constantly strives for growth both personally and professionally while remaining focused on developing the best team in the industry, and maintaining the strongest client and candidate relationships in the business. Kami’s relentless drive and dedication have been an inspiration to the people he has worked with over the years, many of whom have grown into leaders in the service industry. Kami holds a BA in Accounting from IIAA, and has participated in a number of executive programs including courses in Information Technology at the Darden School and Business, and operational management courses at the Yale School of Management.

Jerome (Jay) Madigan has extensive experience helping public water utilities strategize and establish goals to operate more efficiently and provide better service to their clients. This often requires establishing standard operating procedures and guidelines for their employees to follow, enabling them to function competently and provide consistent service to the public. Jay has been helping numerous public utilities to establish resilient best practice processes essential to the operations of a public utility. In addition, public utilities need also to be ready to deal with emergencies caused by natural events such as earthquake, tornados, typhoons/hurricanes. This requires close coordination with central and local governments, civil societies, and private entities. Jay has been directing his clients in creating a network of supportive resources which provide technical assistance to re-establish service to the public in case of disruption of service. Jay generally involves all the public utility personnel, from junior staff to management and stakeholders, to establish resilient processes essential to best practices in utilities.

As a Board Member/Trustee for the American Water Works
Association (AWWA) Florida section, Jay has extensive experience in leading elements of Water, Sanitation and Hygiene (WASH) large potable water and sanitary utility organizational structures, including private-sector partnerships. For 24 years Jay has helped his clients improve their decision-making processes at every level of their organizations and across all departments. Jay has led numerous projects ultimately regulated by the Environmental Protection Agency (EPA) domestically. He has served as a technical lead for USAID projects internationally in Europe, Asia, the Middle East and Africa. He recently presented Water Utility Strategies for Resilience as Climate Change Continues at Cairo Water Week ’22.

Dr. Shah (Shakrokh) Jamali, PhD is a highly experienced consultant with specialization in project management, organizational auditing, and international management consulting. Holding a Ph.D., MBA, and Master of International Relations, he brings more than twenty years of experience in international consulting to Graham, with a strong teaching and diplomatic background. He has taught at the graduate and undergraduate levels, as well as designed and implemented college level curriculum at various universities in the United States as well as the middle East. He has worked on organizational design in both business and academic environments, and also served as a career diplomat with the Iranian Ministry of Foreign Affairs from the rank of an Attaché to a Counselor.  During his diplomatic career, he completed assignments in Iraq, Kuwait, Saudi Arabia, United Arab Emirates, Qatar, and Bahrain. He has also worked as a Coordination Officer for the United Nations at ROPME (Regional Organization for the Protection of Marine Environment), which is affiliated with the United Nations Environmental Program (UNEP).

As VP of Accounting, Ed brings over 25 years of financial management experience and expertise to the Graham organization with over 20 of those years in the small business field. In this role, Ed directs all financial aspects of the business including accounting practices, budgeting, financial planning, interface with the financial community, financial analysis, acquisitions and ventures, and monitoring of financial performance.

Ed holds an associate’s degree from the Montgomery County JVC in computer science and accounting.

While Ed is not working, he participates as a volunteer in two major fund-raising events in and around the Coachella Valley of California. Each year, he participates in the bicycle Tour de Big Bear as well as the Tour de Palm Springs, both of which raise money for charitable causes. Ed is also a member of the Desert Business Association.

In 2010, she transitioned into the interpreting department, where she has built a solid network of qualified interpreters and an ever-growing market of client relationships. Prior to Graham, Adina was the payroll and human resources manager for Rand Construction in Alexandria, VA. Adina moved to DC from Los Angeles, where she worked in film and television production. She received her bachelor’s degree from James Madison University.

Adina is now the Corporate Operations Manager supporting the Graham team internally as they grow and expand their services.

Prior to joining Graham, Leashaun worked as an Executive Program Manager for a small staffing firm where she was responsible for managing five government programs throughout the U.S. with a gross profit of up to $7 million. Leashaun has more than six years of staffing and account management experience in the government sector.

Leashaun has previously received multiple employee of the month awards for her excellence in quality account management. She has worked with the U.S. Department of Justice, U.S. Department of Health and Human Services, U.S. Census Bureau, U.S. Department of Homeland Security, International Broadcasting Bureau, and more. Leashaun obtained her bachelor’s degree from the University of Maryland.

Amanda began her Graham career in 2005 as a Communications Coordinator, and her skills and productivity resulted in a prompt promotion to a new role as Recruiter. After a short period away, Amanda was welcomed back to Graham, and she brings with her fresh, new ideas and a wealth of experience. In her position as Recruiting Manager, Amanda helps organizations with staffing and direct hire requirements at all levels within the private sector, non-profits, and the government. Listening to what the client truly needs and taking the time to find the right candidate fit is Amanda’s strongest attribute.

Amanda received her Bachelor of Science in Business Administration with a concentration in Marketing from Towson University.

While Amanda is not working, she actively volunteers with her daughter in the Girls on the Run program each year. In addition, she is a regular volunteer for her son’s baseball team with the Mount Airy Youth Athletic Association in Maryland. 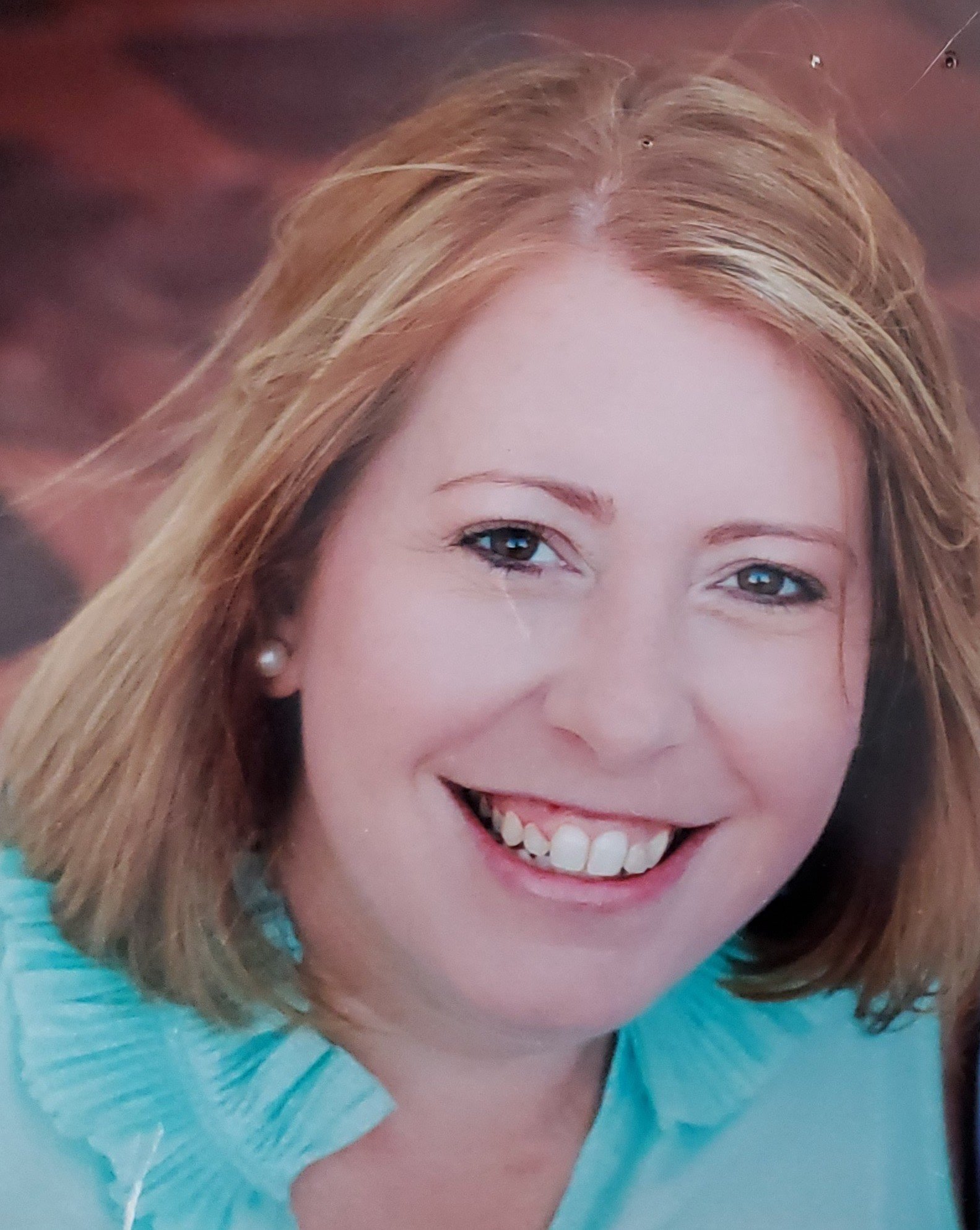 Jenn has been serving clients and managing business accounts for the past twenty-five years, from small businesses to Fortune 500 companies and everything in between. Over the years, she has won numerous awards for client excellence. The in-depth sales experience and proactive care Jenn puts into each client company have always led to great long-term working relationships with customers.

With Graham, Jenn is able to tailor personnel solutions for each client organization, always seeking to make a successful employment match with quality workers. Whether for direct hire positions or temporary staffing, clients appreciate Jenn’s professionalism, responsiveness, and attentiveness. Customers know that their success is Jenn’s ultimate goal, which is why they are always willing to partner with her for their talent needs.

Tania joined Graham Staffing in February 2018 in her role as Recruiting and Business Development Specialist focusing on Northern and Central Florida. Having run her own business previously, Tania understands the importance of finding excellent workers. Tania strives every day to assist businesses and government agencies to find the right person to join their team! Tania believes it’s important to understand an organization’s goals in order to find great employees or contractors. She also speaks Spanish fluently and utilizes her skills to cultivate relationships both with companies and job seekers.

Tania attended Seattle University and received her MBA with an emphasis in Finance. Her Bachelor’s was in Business Administration with a concentration on Accounting and Finance.

Mary Anne is the Senior Staffing Consultant for Graham’s recruiting division. She is an executive recruiter, who recruits mid-to senior-level executives in a variety of disciplines, including IT, Finance, Legal, Marketing, HR, and Project Management.

She works with private sector and government clients to fulfill their staff augmentation requirements. Mary Anne joined Graham in May 2009.

In 2004, Mary Anne received “The National Service Person of the Year Award” in recognition of her superior recruitment talents and her outstanding productivity. Mary Anne is originally from Africa and has traveled extensively, bringing more than 25 years of experience in sourcing and recruiting. She identifies qualified niche knowledge workers in project management, government contracting, and specialized technical positions.

Mary Anne obtained her bachelor’s degree from the State University of New York, College at Purchase.